Posted by Unknown at 8:53 AM No comments:

What will Happen If You Drink LEMON WATER for 2 Weeks

Studies indicate that in cases where toxins have built up in the body, the lemon juice and peel have cleansing properties. Lemons are high in Vitamin C which is essential for normal growth and development. A single lemon contains around 30-40 mg of Vitamin C .

Vitamin C has been studied extensively and shown to have a myriad of health benefits from protecting against prenatal problems to cardiovascular disease, eye diseases, skin wrinkles, and immune system deficiencies. It acts as an antioxidant and helps protect cells from damage caused by free radicals. And that is not all.

Below we are going to show you some more healthy properties of lemon water:


Many people are beginning to discover that their digestion problems have to do with the health of their stomach. Feeding your body the right things over time builds your bodies ability to process foods better, much like building a muscle.

Citrus flavonoids act as a great digestive tonic, with appetite suppressing abilities . It has also been shown to calm an upset stomach or mild indigestion. This has to do with the hydrochloric acid in your stomach that starts the process of breaking down your food.
Detox and Cleanse

Studies indicate that using lemon water, especially after meals may help you lower the amount of toxins in your body.
 
Toxins come into our systems through various sources: from the air we breathe to some of the foods we eat. The amount of urine is increased when drinking lemon water, however, lemon water brings with it the primary compound known as Citrate.

This is a naturally-occurring inhibitor of toxins which can build up in the form of crystals in the body. The Citric acid enhances your body’s ability to naturally flush out these unwanted toxins. The main premise behind lemon water as a detox revolves around its ability to enhance your bodies enzyme function and stimulate the liver. Basically your liver acts as your body’s filtration system, and lemon water enhances its ability to filter unwanted junk.


Alkalinity is a process of neutralizing acid in the body, that has certain acids that can build up causing negative side effects such as acid reflux, upset stomach and acidosis.

If you identify a need to alkalize, then get some home pH strips that will allow you to stay within the recommend ranges. An ideal range to fall between is 4.6-8.0 and can be tested with pH strips using saliva or urine

Most people are far to acidic and this causes a whole range of negative side effects.


One of the studies that does exist was not a human trial but did show significantly reduced weight gain when a diet high in fat was being consumed. Most people whether they want to admit it or not fall in the high fat diet category.

Pectin and polyphenols are the main substances found in lemons that have more research available showing weight loss and appetite suppressing qualities. Pectin gives a feeling a fullness much like other soluble dietary fibers, that may help reduced caloric intake.

For some people simply staving off hunger and cravings can allow for long term weight loss. If you find yourself struggling with always being hungry this is worth looking at. Everybody will respond differently to lemon water, which is why we recommend adding this to your diet without any other major changes to isolate the effects
Posted by Unknown at 7:26 PM No comments: 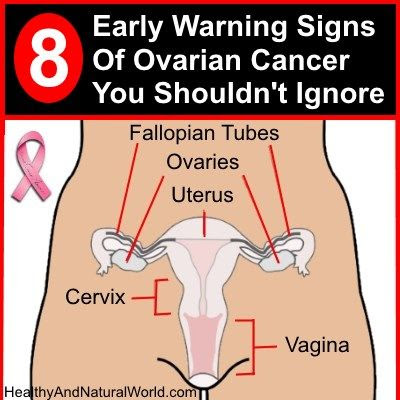 8 Early Warning Signs Of Ovarian Cancer You Shouldn’t Ignore
     
Ovarian cancer has been dubbed ‘The Silent Killer’. Similar to many other cancers, it doesn’t show any symptoms for a long time. When it does, the symptoms are very non-specific and can point to a number of different conditions – both serious and benign. The sad reality is that when ovarian cancer is finally diagnosed, it has often already spread, which makes your treatment options limited.

        There are some early warning signs you can look out for. But you need to combine your observations with other factors, as you don’t want to be jumping to conclusions too early.

Keep a healthy balance between denial and hypochondria

First and foremost, don’t panic. As mentioned before, your symptoms can mean many different things. The chances that you actually have cancer are very small. Ovarian Cancer National Alliance points out that for every 100 women whose symptoms match those of ovarian cancer, only one would actually have early-stage ovarian cancer.

The most common type of ovarian cancer includes epithelial tumors, which form in the thin layer of tissue that covers the outside of the ovaries. These tumors occur in 90 percent of cases. The rarer types are stromal tumors, which develop inside the ovaries’ supporting tissue, and germ cell tumors, which begin in the egg-producing cells.

The eight most important warning signs of ovarian cancer.

It doesn’t mean you need to have all of the above symptoms. Sometimes one can be enough to signal there is something doggy going on. If the symptoms continue for two weeks or longer, it might be time to visit your doctor to check things out
Posted by Unknown at 7:46 PM No comments:

Labours day or May day or Workers day: 1st May

International Labour Day is also known as the International Worker’s Day and May Day which is celebrated on international level to promote and encourage the international labour associations. It is being celebrated all across the world every year on 1st of May which has been declared as the traditional spring holiday in the Europe.
 
It has also been declared as the national holiday in almost 80 countries of the world whereas it is being celebrated as an unofficial event in most of the countries. It the US and Canada, it is (Labour Day) celebrated on 1st Monday of the September month as an annual holiday for celebrating the great achievements of the workers working in various fields.
International Labour Day 2016

International Workers’ Day is the big celebration on the world level and it is celebrated to commemorate the 4th of May of 1886, the Haymarket affair (Haymarket Massacre) in the Chicago. It is the big event of that year when workers were on the general strike for their eight-hour workday and police were doing their job of dispersing the general public from the crowd. Suddenly, a bomb was thrown over the crowd by an unidentified person and then police started firing over the workers and four demonstrators were killed.

Here is a real statement about the event: “Reliable witnesses testified that all the pistol flashes came from the center of the street, where the police were standing, and none from the crowd. Moreover, initial newspaper reports made no mention of firing by civilians. A telegraph pole at the scene was filled with bullet holes, all coming from the direction of the police.”

It was decided to be celebrated on annual basis as an May Day in the meeting (in 1889) of Paris through a proposal by the Raymond Lavigne that international demonstrations is required to celebrate the anniversary of Chicago protests. In the year 1891, May Day was officially recognized by the International’s second congress to be celebrated as an annual event.However, May Day Riots was occurred in the year 1894 and then in the year 1904, the following statement was given in the International Socialist Conference at Amsterdam “all Social Democratic Party organizations and trade unions of all countries to demonstrate energetically on May First for the legal establishment of the 8-hour day, for the class demands of the proletariat, and for universal peace.” and declared it “mandatory upon the proletarian organizations of all countries to stop work on May 1, wherever it is possible without injury to the workers.”

Why is May Day Celebrated?

International Labour Day or May Day is celebrated to finish the struggle as well as to promote the requirement of eight-hour work day. Earlier the working condition of the laborer was very severe and working hours was 10 to 16 hour a day even in the unsafe conditions. Deaths, injuries and other dreadful conditions of the workers were very common at the workplace during the 1860’s and working people were very agitated throughout the workday until the 8-hour workday was declared.

The rising death of the working class people (men, women and children) in many working industries, required to raise the voice for the safety of the working group people by decreasing their working hours in the industries. After the lots of efforts made by the workers and socialists, eight-hours was declared as the legal time for the workers in the national convention at Chicago in 1884 by the American Federation of Labor.
Many people have sacrificed their lives during the Haymarket Massacre which was held in the Chicago during the strike of workers. May Day is celebrated to commemorate the event of Haymarket Massacre as well as to promote the social and economic achievements of the working group people.
 

How International Labour Day is Celebrated

International Labor Day is celebrated yearly as an official holiday all over the world to celebrate the accomplishments of workers. People enjoy celebrating the May Day or Labour Day by arranging the big party and lots of programmes. They decorate the banners and flags using colors just like an Independence Day celebration.
Variety of news and messages are distributed by the TV channels and radio channels saying
Happy Labor Day among people to increase social awareness about the Labour Day. Variety of other events is also organized by the International Labour Organization to celebrate the day. The theme of the Labour Day party celebration becomes any cartoon characters, western culture shows, sports, TV shows, movies, holiday activities, crazy fun activities and many more. Other Labor Day activities includes crossword puzzle, anagram puzzle, word search puzzle, code cracker puzzle, word scramble puzzle, phrase matching game puzzle and etc.

This celebration has become a historic significance all over the world and celebrated by the Labor unions worldwide. Variety of demonstrations, speeches, protests processions, rallies and parades are organized by the working group people under the security arrangements to protect violence.